Why is there a hunger crisis? 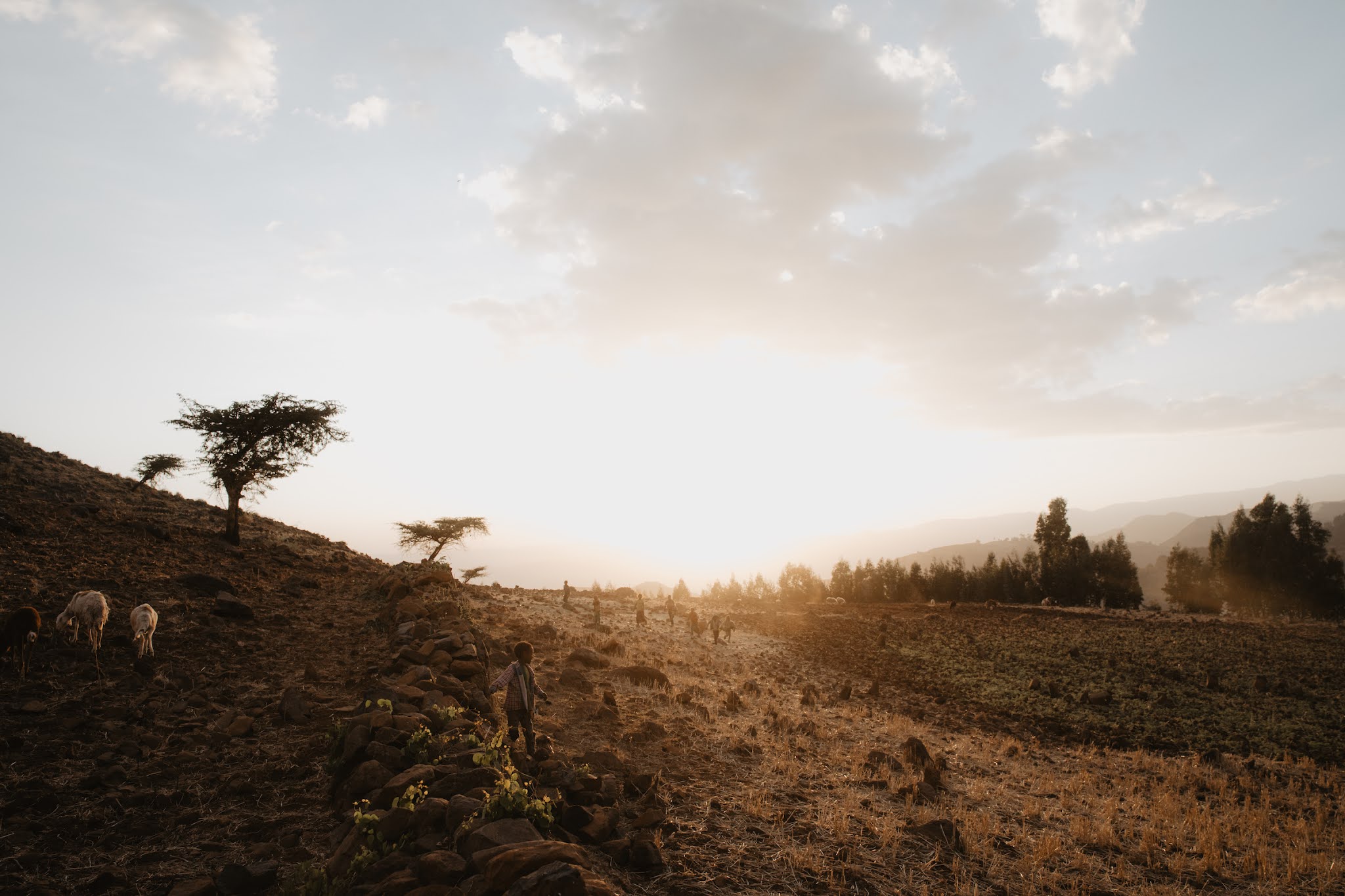 We’re in the midst of a hunger crisis

This isn’t the kind of hunger we often refer to in North America, where many people utter the words “I’m hungry” while staring into a full pantry or overflowing fridge. This is a different kind of hunger. The gnawing kind. The sleepless kind. The “I don’t know where my next meal will come from” kind.

Chronic hunger like this is devastating. Our bodies just aren’t built to survive without food. When parents go hungry, they don’t have enough energy to provide for their children. When kids go hungry, they not only don’t have the nutrients to grow physically, but their education and future suffer too as they lose focus or are unable to attend school.

After all, how can any child be expected to focus on math equations while feeling dizzy and weak from only getting one meagre meal a day?

Just how big is the hunger crisis?

The numbers surrounding the hunger crisis are huge and hard to pinpoint. A new report released by the International Rescue Committee (IRC) estimates that nearly 690 million people are going hungry around the world. That’s one in 11 people. But, given the difficulties around collecting numbers due to displaced persons, conflict, and more, it could be as many as 200 million more. That’s one in nine. IRC’s new research also suggests that nearly 110 million children suffer from acute malnutrition, more than double the current estimate. Distressingly, only 25 percent of these children have access to treatment.

But if the world produces enough food for everyone to have healthy, satisfying meals and full bellies, why are we in the midst of a hunger crisis? And why is it consistently getting worse?

A cascading set of crises are the prime drivers of the current hunger crisis: climate change, conflict, and the consequences of COVID-19. The three C’s of today’s food insecurity.

As the consequences of climate change worsen with every passing year, with heat domes scorching the Pacific Northwest and increased hurricanes, typhoons, and cyclones battering coasts, we must reckon with the effects of climate change on hunger. Many countries already facing high levels of hunger are the same countries who are vulnerable to climate change.

When two major hurricanes ripped through Guatemala within just a few weeks of each other in November 2020, corn and bean crops, staple foods in the local diet, were destroyed and left families who live day-to-day, crop-to-crop, without daily meals and income. Roads washed out by mudslides meant that food distribution efforts faced obstacle after obstacle while trying to reach those in desperate need.

Rising temperatures, changing precipitation patterns, and extreme weather events wreck havoc on every part of the food system. When a flood or drought ruins a harvest, food production decreases. When food production decreases, so does the availability and access to food. As food becomes more sparse, competition increases and food prices are driven higher and out of reach of the most vulnerable.

As conflicts continue to rage around the world, those living in warzones are among the hardest hit by hunger. When communities are torn apart by violence, warring factions may intentionally destroy civilian infrastructure to cause instability, destroying livestock, farms, wells, and more. In the midst of the uncertainties of conflict, access to resources, such as water and electricity, disrupts agriculture and trade. The resulting food shortages can threaten entire populations. Conflicts also often displace huge chunks of populations, cutting them off from their traditional food supplies, such as the cattle farmers in Nyabiheke Refugee Camp, Rwanda, who were forced to leave their herds behind to flee violence in their home of the Democratic Republic of the Congo.

In most parts of Canada, it’s fairly easy to pop down to the store when milk is running low, but for civilians caught in the midst of fighting, such as those in Tigray, Ethiopia, there aren’t necessarily stores to head to, nor a steady stream of fresh produce and milk from farmers to stock the shelves. Food shops and markets are often shuttered or destroyed, and the ones that remain aren’t easy to access. After all, a quick trip to the market means facing the dangers of an active conflict zone.

When it comes to food insecurity, the effects of climate change and conflict often drive each other, worsening hunger. As the effects of climate change pressure food systems, people are forced out of their homes. As the number of displaced persons increases, people compete for scarce resources, worsening conflict. These two factors already existed in a vicious cycle, only to be worsened by the emergency of a new threat in late 2019: COVID-19. 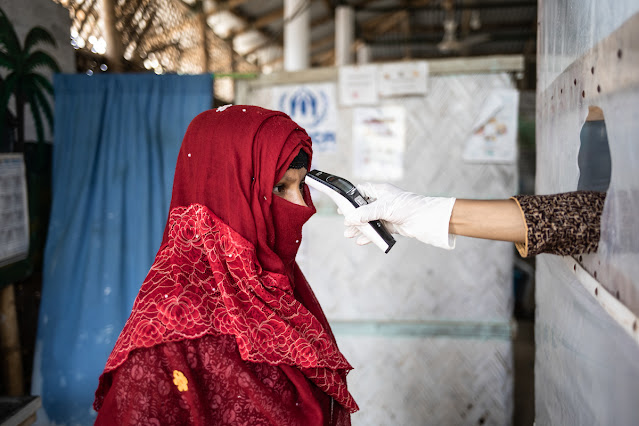 When the COVID-19 pandemic struck, it pushed daily meals beyond the reach of many. Mandatory lockdowns helped curb the spread of the virus, but they also triggered devastating economic knock-on effects. Restrictions on movement led to spiking food prices as trade became increasingly difficult. As food systems stalled and supply chains—some proven to be more fragile than we thought—were disrupted, groceries became hard to come by for many communities. While we in Canada waited for our favourite brand of yeast to be restocked at the grocery store, remote villages in Guatemala rationed their rice not knowing when any flour or oil would make it to them.

In North America, we may be enjoying the steady easing of restrictions as the vaccination campaign picks up. However, this isn’t the case around the world, as many countries struggle to procure vaccines and remain under lockdown, exacerbating the need. For the most vulnerable people, it is the pandemic’s secondary effects that will cause the most damage, rather than the virus itself.

What can we do about it?

At Food for the Hungry (FH) Canada, we believe in walking with people to help them help themselves. But the truth is, sometimes people need emergency assistance now so they can thrive in the future.

This is why emergency food aid is so critical. When families are provided with healthy meals, like dried soup mix, to get them through today, they’re able to use the skills and tools gained from training to provide for themselves tomorrow.

We’ve seen amazing stories of transformation through this tandem approach of emergency food aid and sustainable development. Stories like Specoise, who received dried soup mix last year to help feed her children until her garden yielded enough harvest to feed her family. Stories like Oliver and Maria, who are cultivating gardens and cooking up soups to grow brighter tomorrows for their families and communities.

But these stories are just the beginning. There is still so much to be done! With hunger steadily rising around the world, many families—many children—still go hungry. They need food to eat today. They need gardens to harvest tomorrow.

By working together, we can fight this hunger pandemic. We can walk alongside the most vulnerable by providing life-saving food today. We can work with communities to supply seeds, agriculture training, livestock, and more so families can grow food all year round.

Together, we can create a world where everyone has enough.

Will you join us?