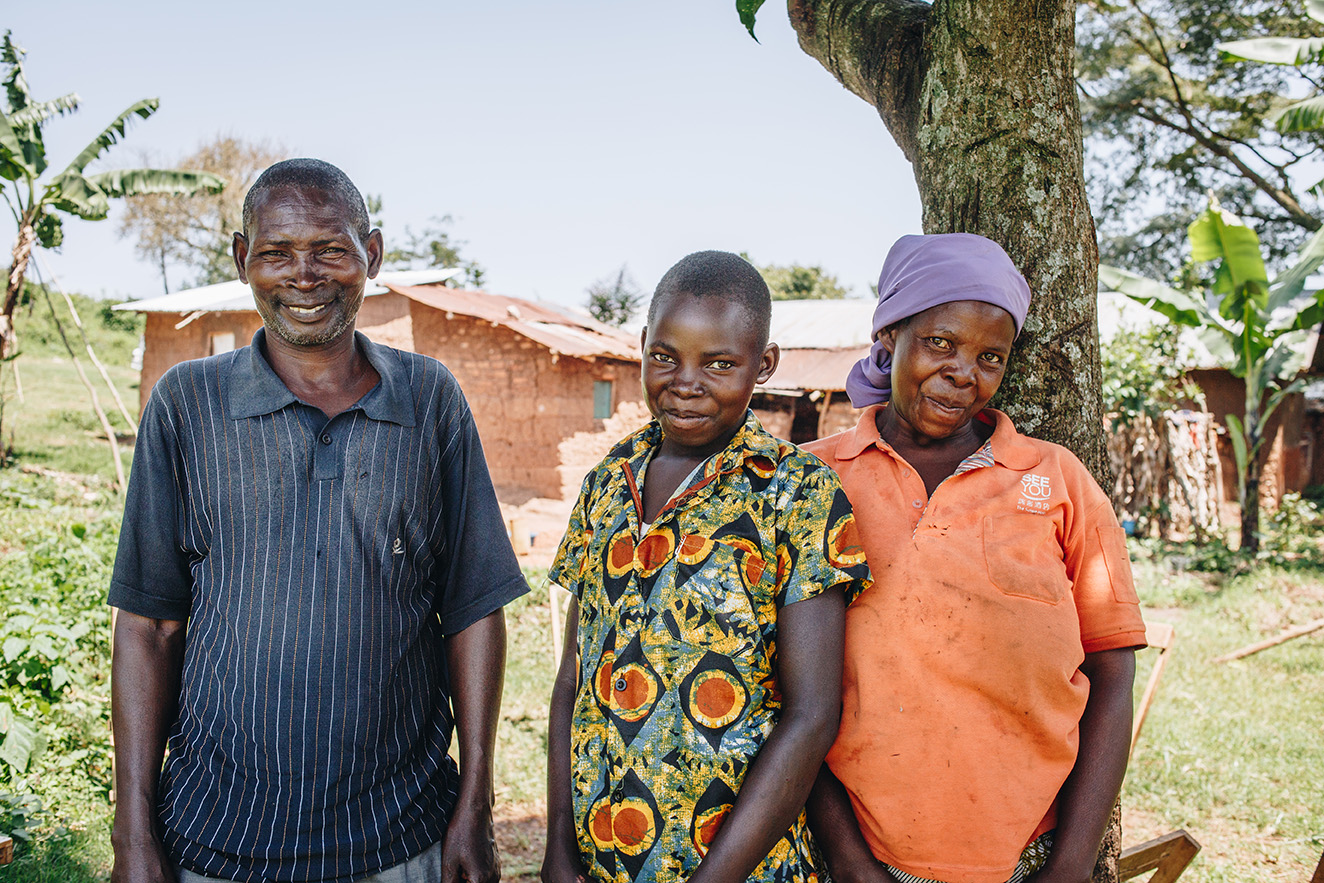 It was a long trip. Two countries—Rwanda and Uganda—with fourteen days straight of work-related travel, meetings, and conversations. As I came to the end of the trip, I was pretty tired.

On one of our last days in Uganda, I was invited by some of our local Ugandan FH team members to meet with a sponsor child, an hour's drive away in the community of Bukiende. I agreed, but I admit my heart wasn’t really in it.

I'm so glad I went! It was one of the most moving encounters on our trip.

Bukiende is up in the hills along the far eastern border of Uganda with Kenya. They’ve been partnered with FH for only a couple of years, and progress is just starting to take shape.

Near one of Bukiende’s seven villages, off a rough dirt road surrounded in lush brush marked with small farms, we found Deo and his parents, Moses and Junic.

We stepped out of our 4x4 onto a humble farm made up of a few mud-walled, tin-roofed buildings. I saw evidence that they were growing and drying cassava root. A banana plantation lined one side of the farm. A mango tree in the middle of the yard provided some welcome shade for Deo’s siblings playing quietly nearby. As they greeted us warmly, I was struck by the fact that they appeared to own so little, and yet were so welcoming.

They brought out chairs for us and we took a seat under the tree out of the hot sun. Junic, a sweet woman with kind and joyful eyes, was already glowing with gratitude and welcome. Deo appeared shy, with a hint of a smile breaking through.

As we chatted (through translators) and got to know Deo, a 14 year old boy. We learned that he’d been through a lot. His reservation was understandable.

His father Moses started the story. He told us that from Deo's birth, something was wrong in his abdomen. The small local clinic diagnosed it as an umbilical hernia. They were told they must wait until Deo was older to undergo surgery to repair it.

From that moment forward, Moses explained, Deo’s childhood was defined by a gnawing pain in his abdomen. As Deo grew up, he loved to play soccer, but it was so hard for him to keep up with the other kids. Doing his chores on the family farm took longer, too. Moses lamented that what little income the farm made went to pay for pain medication for Deo and for school.

Deo tried to attend school for a few years when he was little, but the pain was too distracting and made learning slow. Some days the pain was so intense all he could do was put his head down on the desk and try to listen. On these days, the teacher sent him home, but the overwhelming pain stopped him from making it all the way. His mom would often go searching for him and have to carry him home. He was forced to drop out of school, Moses explained. Shame and embarrassment set in.

When Deo was 10 years old, he finally underwent surgery at a local health centre. But what should have been a straightforward operation turned into a botched attempt to heal him. The result was tragic. The pain Deo had been living with all these years increased and became unbearable. The family was at their wit’s end, unsure what to do and afraid Deo would die. Moses shared with us that he felt God was punishing him for something, so they gathered as a family each evening to beg God for a miracle.

I was riveted by Moses’ account of his son’s heartbreaking childhood. I'm a mom too, and I have a teenage son. I couldn’t imagine watching, helplessly, as my own child went through such hardship.

Then Anne, one of the FH facilitators sitting with us, began to explain how things turned around for Deo. In 2018, Deo was enrolled as a sponsored child with FH. Because of Canadian sponsors, FH was able to intervene in the family’s life.

Anne recalled that during a meeting between community members and FH staff, Junic (Deo’s mom) approached an FH Sponsorship staff member and shared their story. The staff member was deeply moved and the FH team identified a hospital and a capable surgeon in the nearby city of Mbale, only an hour’s drive away. This past June, at age 14, Deo was at last on his way for surgery! But Deo and his parents were overwhelmed at the prospect of traveling to a larger city. They were all, understandably, fearful of trusting a doctor after Deo’s nightmare experience four years before. FH stepped in the gap and organized their transportation, stayed with the family to help them navigate their stay, and offered emotional and spiritual support. Unfortunately, complications did occur, making Deo’s stay longer than expected and his parents anxious that this would be yet another failed attempt.

But Anne explained how she was “all in”. She stayed connected to the situation, even working weekends to be with the family and see Deo through the ordeal and back home to Bukiende. FH paid the entire hospital bill.

The result was life-changing for Deo! He no longer feels debilitating abdominal pain. He's able to go to school again. He can play with his siblings and help his parents with the crops. And he’s happy! Deo no longer needs regular pain medication or any form of treatment for his abdomen, so his family can invest that money into their farm and even put away a little savings. With each passing day, Deo’s confidence grows. And so does his smile.

I realized I’d been holding my breath, and let out a sigh.

Deo's mother Junic stepped forward. Quiet throughout most of the conversation, she started to tear up. She went down on her knees in her culture’s customary act of respect and hospitality, demonstrating the depth of her feelings.

As you can imagine, now we're all crying! As I looked at Deo, I couldn’t help but also picture my own son, imagining how I would feel if that was my child. I felt in my own gut the relief Deo's mom and dad must feel.

Moses added “Now I sleep with a settled heart because my son is going to be well, hallelujah! I knew it was God through you who has done all these things and I give back the glory to him!”

We talked for a while longer and exchanged tears and hugs. As we prepared to leave, Moses, Junic, and Deo showered us with gifts of home-grown bananas and peanuts. We accepted, to honour their gratitude and to share with other FH staff. But I mostly just wanted them to know how happy I am for them, and that they are in our prayers.

I’m so grateful someone chose to sponsor Deo! I’m so glad sponsors and donors provide us with the resources to do this. I’m so thankful for staff who truly walk with families. And I’m especially grateful for long trips—I am honoured to have heard Deo and his family’s story firsthand.

How It (Normally) Works

Deo’s experience was a special case. FH programs are designed to support the entire community and focus on providing families with the tools they need to thrive. Most often, local staff will first try to link families to existing nearby services, but where that fails our team can step in to address concerns like this one. Meeting the medical needs of one is not necessarily the full tapestry of the holistic work we do, but it does speak to the root of our development model’s success—that is, authentic relationship. 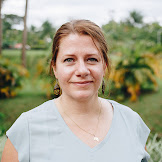 Patty-Leigh, or “p-l” as she’s often called, serves as FH Canada’s VP of International Programs. An American by birth, she grew up as a missionary kid in Kenya, but has also lived, worked, and sat down with families in South Sudan, Afghanistan, Sri Lanka, Tajikistan, and Iraq. Patty-Leigh now resides in Abbotsford, BC with her husband and two children.